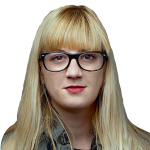 My job of investigating the existence of the Vatican’s Mafia I have based on the light of history and on many Catholic writers who have been excommunicated and persecuted, as this servant, for presenting the reality of the Vatican’s dark side, which is still unknown.

I may appear to be an enemy of the Catholic Church and to infer uneasiness to the millions who believe in the papal divinity and sublime esteem of their clergy, but I am their friend, and my books are a zeal to reform their apostasies away from Jesus Christ message of Salvation; and to restore a Catholic Church which has deviated from Christianity and its biblical teachings by her Catholic canons and dogmas, which lead her astray Satanically from authentic Christianity.
END_OF_DOCUMENT_TOKEN_TO_BE_REPLACED

Investigate the pages of the history of Christianity, and even the very history of Catholicism, we find a pleyade of writers which have wanted to reform the Vatican and consequently her Catholic Churches, Hierarchies, Priests and monks. These writers have been persecuted and their writings excommunicated and ignored by the majority of Catholics: They have wanted to destroy the Vatican’s Mafia. But they have been assassinated and their voices silenced. I have not the space in my brief articles to include so many Christian authors and teachers which, as this servant, have wanted to correct the corruption of Catholicism biblically, historically, theologically and morally.
END_OF_DOCUMENT_TOKEN_TO_BE_REPLACED

The Vatican Mafia – 02, Chapter 39 – STATISTICS WHICH PROVE THE SEXUAL ABUSE OF THE VATICAN’S SECT

W. Richard Sipe’s book “Sex, Priest and Power, Anatomy of a Crisis.” And “A Secret World: Sexuality and the Search for Celibacy.” Sipe demonstrates his knowledge as an ex –priest and therapist. He analyzes a reality that the ecclesiastical hierarchy wants to keep concealed, since they deny the deeds which he proves in his two books.

In part I, which he titles “Symptoms of the Crisis,” he relates the lamentable history of the clergy’s sexual abuse; and tells us:
END_OF_DOCUMENT_TOKEN_TO_BE_REPLACED

The Vatican Mafia – 02, chapter 38 – SATANIC PRACTICES OF THE MAFIA

38 – SATANIC PRACTICES OF THE MAFIA

The accusations being made against the Vatican’s Mafia by writers are of such an extremely serious nature, that the authors have been censored and excommunicated, whose quotes would take me thousands of pages. I insert some of their books in the biography, which you should consult. If in truth one desires to have an authentic panorama of what the Vatican Mafia is, and to understand its diabolical practices, he should read the fourteen books written by Avro Manhattan, a very documented Vaticanist and historian. His last book “The Vatican’s Holocaust” proves the horrible practices of the Vatican’s Inquisition and its massacres in the twentieth century. He describes these Mafia practices in detail in his other book “The Vatican and World Politics.”

As this servant, you shall be astonished. The author describes and enumerates the most satanic religious massacre that the Vatican and her Mafia have carried this century to force members of other creeds to convert to Catholicism. He exposes the assassinations and the exterminations of the Vatican controlled concentration camps, along with the names of the camps and of the bishop commanders and clergymen who direct them, photographing everybody from Cardinal Stepinac to the witnesses, executioners, friars, and priests.
END_OF_DOCUMENT_TOKEN_TO_BE_REPLACED